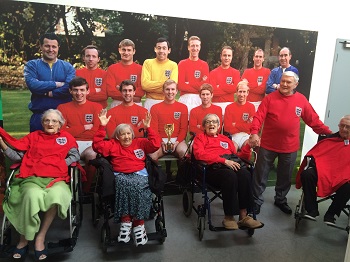 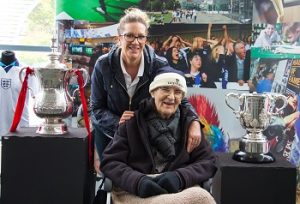 Based in Manchester. The National Football Museum is using the power of football to improve wellbeing and tackle loneliness in older people and those living with dementia.

In 2016, the museum was awarded funding by the Heritage Lottery Fund to deliver an exhibition celebrating 50 years since England won the World Cup and an associated project Memories of 66.

Exhibition memory tours were developed for groups from Age UK, care homes, and dementia support groups. Unlike traditional tours where a guide may share their expertise, the focus of the memory tours was guided by the participants interests and memories. The sessions provided a space for those taking part to respond to the exhibition sharing their own stories.

The exhibition featured objects from the tournament including the ball used in the final and England team member Geoff Hurst’s shirt alongside objects that told the story of the tournament from the perspective of ordinary people. It included sensory and interactive elements such as the smells of the 1966 dressing room, music and television programmes from the era and footage of the final which could be viewed from a 1960s style cinema.

These sensory elements proved to be a powerful memory trigger. One tour participant John who had dementia visited with his daughter. John was trying the smell boxes which included oranges, Old Spice aftershave and soap. He was particularly engaged with the aftershave smell telling the guide “that wasn’t mine, I used the other one” (meaning Brut). As he sought the name for it he started to mime boxing, recalling the advert for it which featured the boxer Henry Cooper. John and the guide laughed and discussed the two brands and then John started to tell stories from his past, some about boxing, others about football. John’s daughter was thoroughly engrossed and very surprised as she had not heard her dad speak at such length for a long time or heard many of the stories.

On another occasion a group of residents from a local care home visited. One group member, Bob was very quiet, his carer commented that he didn’t talk much. The group started looking around the exhibition at the pictures and the stories of players from the England 1966 team. Bob turned to the guide and said “Puskas, Puskas… he was a good player”. The guide replied “Yes Bob he was”. Bob then went on “they beat us good didn’t they” referring to the legendary 1953 game in which Hungary beat England 6-3. Later looking at a picture of team member Peter Bonetti, he spoke out “they called him the cat you know.” (the player’s nickname). In this instance Bob was sharing his knowledge and educating museum and care staff! The carers had never seen Bob so animated, and were amazed at the levels of alertness from all the group members when they watched footage of the 1966 final, re-living the day when England won the World Cup.

A Football Memories outreach programme is now being delivered in care homes and two Manchester hospitals to support those with dementia and a range of mental health issues. Sessions use objects such as old balls and boots, alongside participatory activities such as dressing up, trying out football rattles and taking part in community singing activities to encourage participants to share stories and connect.

The benefits of this are clear for all to see and the museum continues to deliver memories tours of it’s permanent galleries. It also runs a regular ‘sporting memories’ group, providing the opportunity for older fans to get together to talk about football, share their memories and make new friends. 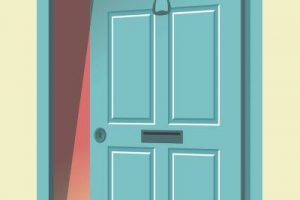 The 101st application – Opening the door to a career in care 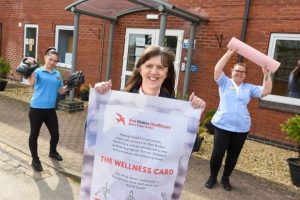 Combatting stress in a post-pandemic world 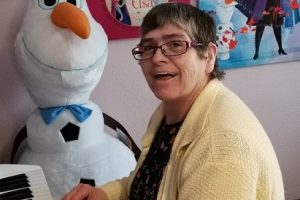