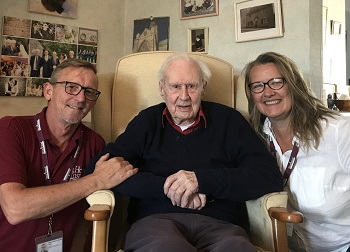 Two CAREGivers from Home Instead Senior Care in Chichester, Sharon Gregory and Dave Pearce, have gone above and beyond their call of duty in support of their lovely client, John Seal.

98-year-old John, a local war hero, had his 5 Second World War medals stolen in a burglary at his home over the weekend.

The medals were an African star, Italy Star, two end of World War Two medals and a Battle of Britain medal.

Sharon, who has been looking after John for around two years, discovered the break in when she turned up for her regular morning care visit on Sunday morning. She noticed the key safe had been ripped off the wall and the front door was open with the key still in the door.

Sharon immediately checked on John to make sure he was safe, and then called the police and reported the crime. They came to the house very quickly to investigate what had happened.

Sharon said: “As soon as I turned up in the morning, I knew something wasn’t right. The most important thing in all of this is that John wasn’t harmed, but it is a tragedy that someone would target him in this manner.

“I have come to know John and his family very well over the past two years, and he is one of the loveliest people I know and care for. I always enjoy my care visits with him, and we have all been overwhelmed with the national support since the story went viral. We would love for John to get his medals back.”

Dave, another one of John’s regular CAREGivers, stayed two nights after the break in for no pay of his own accord, just to give John the comfort and reassurance that someone was there with him.

Dave said, “It is really scary to be burgled and I didn’t want John to be alone after what had just occurred. I treat my clients as if they were my own parents, and I just hope I was able to put John and his family at ease, knowing that someone was there with him after dark. John has lived such a remarkable life, and I want to make sure he is well looked after and cared for.”

Simon McGee, owner of the Home Instead Chichester said, “I am so proud of our CAREGivers and how they handled themselves in this unfortunate situation. We hire staff based on their desire to care, and we are extremely lucky to have such passionate and selfless people on our team.”

John’s nephew, also called Jon, posted an appeal on Facebook which went viral, and has been shared more than 70,000 times. A medal collector has even presented Mr Seal with a replacement set of the British medals.

John’s family has been amazed by the support and it has restored their faith in human nature, despite what happened to his uncle. 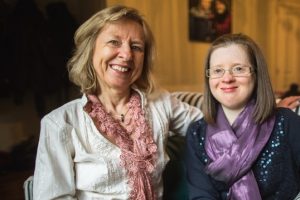 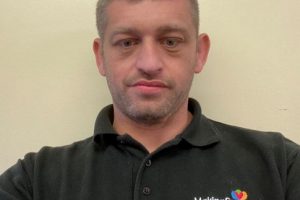 IT man Andrew goes above and beyond during Covid 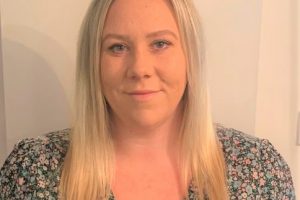