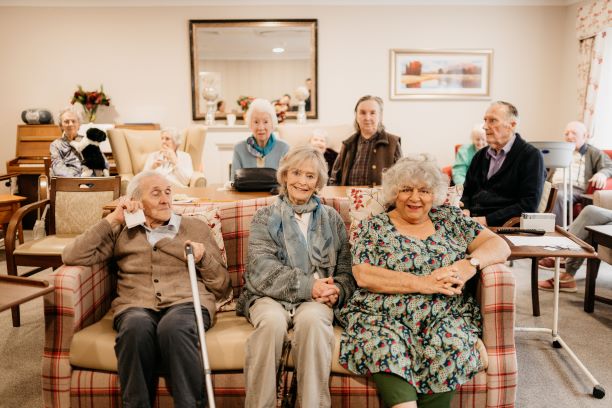 Greensleeves Care’s newest home, Lavender Fields near Sevenoaks in Kent, was turned into a film set for a new short film called ‘Wings’ – a beautiful love story that spans across the ages.

Filming at Lavender Fields had to be kept secret from the public because two of the stars were BAFTA-award winning actors Miriam Margolyes and Virginia McKenna. Miriam’s many roles include Professor Sprout in the Harry Potter film series and Mrs Mingott in ‘The Age of Innocence’ for which she received a BAFTA Award.  Harry Potter fans often turn up on film sets to catch a glimpse of their screen ‘idols’.  McKenna is best known for the films ‘A Town Like Alice’, for which McKenna also won the BAFTA Award for Best Actress, ‘Carve Her Name with Pride’, ‘Born Free’ and ‘Ring of Bright Water’, as well as her work with The Born Free Foundation.

Greensleeves Care’s historic links with the Women’s Royal Voluntary Service made Lavender Fields a particularly apt filming location.  The script for the film was co-written by actor and producer Carla Fraser and, when Miriam and Virginia read the script, they were so impressed by it that they decided to appear in the film about two Land Army girls who fall in love during the Second World War.

During filming, residents observed the action and had the opportunity to chat to the two actors they have long admired; residents were welcomed on the film set and learnt what happens during the making of a movie.  Residents even joined in a rousing sing-song spontaneously initiated by Miriam and Virginia themselves.

With many residents assuming the opportunity to be in a professionally produced movie was behind them, they were delighted to be offered the opportunity to be a star for the day and show off their acting talent as extras in the movie.  The film will be completed over the coming months and will be released later this year.

Carla Fraser, the Filmmaker, said: “The care home team were fantastic and went above and beyond to make the day a success.  Aside from the amazing support with the filming, I would see the cast and crew speaking to residents or organising activities for them and I was absolutely blown away by the care and dedication I witnessed – not only is this a beautiful location, the atmosphere is so incredibly welcoming and happy!”

Karen Cooper, the Home Manager at Lavender Fields Care Home, said: “One of our residents was able to meet his heart throb, Virginia, and this truly made his day. Both ladies engaged with residents and staff and Miriam even persuaded them to join in with a sing-along.”

“We are so glad that our Care Home could be part of this truly poignant story. The whole day was wonderful, and I know that the residents were blown away by being included in this production.”

Paul Newman, Greensleeves Care’s Chief Executive, said “Lavender Fields is a lively home with a vibrant resident and staff community who jumped at the chance to contribute to such an important story. Residents look forward to seeing themselves on the silver screen and marking the film’s release with their own local red carpet premiere. Fingers crossed for a Best Supporting Actor role!” 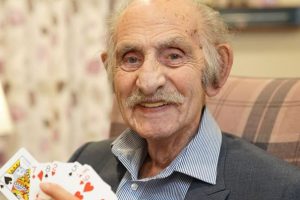 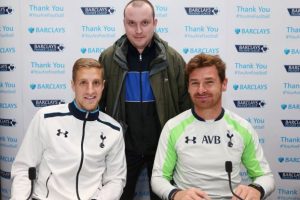 Sports champion Stephen Spurred on to help others 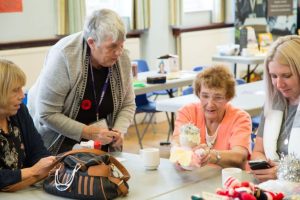 A leave legacy of fun for people with dementia