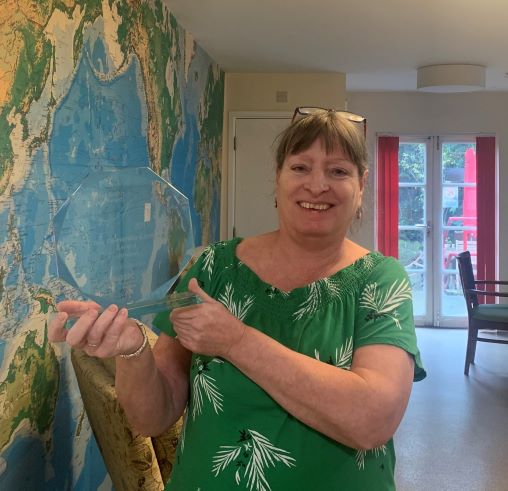 Each month we feature an Award-Winning finalist; inspirational individual or team who are really are The Best of the Best in social care. This month we feature Bridget Kean, a care support worker at Highlever who’s determination and compassion to care, lead her to reuniting a resident with her sister in Ireland.

“I like to treat the people I look after as though they are my family and how I would like my family to be treated.” Bridget puts the residents she works with at the heart of everything she does within her role as a Care Support Worker.

Bridget decided she wanted to pursue a career in care after caring for her terminally ill mother. She worked in the community before securing a full-time role at Highlever, an extra care scheme for people with moderate to severe dementia run by Octavia, a long-standing housing, care and community organisation in west London. Nine years in, her commitment to care is still evident.

It was Bridget’s compassion and understanding of residents that led her to arrange a trip to Ireland with Maureen, 86, who has dementia. Maureen repeatedly expressed that she wanted to see her sister Peg who lives in Ireland, but when Peg wasn’t well enough to travel, Bridget had an idea to bring Maureen to her.

Her manager explains, “Bridget is a caring and compassionate individual and continues to expand her knowledge, growing in confidence in working with the residents as their needs increase as their Dementia develops. She adapts her approach to best accommodate their needs and treats them as individuals.”

It is her caring nature that compelled Bridget to approach Maureen’s family to make Maureen’s wish of seeing her sister again come true with a trip to Ireland. After agreement from Maureen’s family, they started to plan. Approval was gained from Maureen’s GP to ensure she was able to fly; social services were notified, and a risk assessment completed. Maureen’s family arranged flights and transport, and asked Bridget if she would accompany Maureen on the trip. Bridget said she was “honoured” to be asked due to her relationship with Maureen and accepted the family’s request.

So that she was aware, leading up to the trip Bridget spoke to Maureen regularly about it and on the 2nd October 2018, Bridget arrived at Highlever to get Maureen ready for her big trip.

They reached Limerick, Ireland and were greeted by a welcoming committee of Maureen’s family who had taken days off work and school for the occasion.

“They put banners and balloons up, with a lovely spread for lunch. It was so welcoming and very memorable for Maureen. I felt so honoured to have been part of that. The family made me feel so welcome. They acknowledged my relationship with Maureen and would ask me how many sugars she takes in her tea, and if I thought she was enjoying herself if she was a little quiet. It made me feel appreciated for the job I do” said Bridget.

Since returning to London Bridget has noticed a positive difference in Maureen day to day.

“We spoke about it a lot when we came back, and the family sent us a lovely photo of us all outside their home in Ireland. Maureen hasn’t asked about going back since we returned, it’s like she accomplished something that was on her mind and it has fulfilled a need in her. She was so happy and loved the attention. It was a huge boost for her wellbeing.’ Maureen said: “‘it was lovely, I was very happy.”

Residents are at the heart of everything Bridget does. She believes that knowing the people you care for, treating them with respect, and giving them choice is most important.

“Have empathy and be kind. It’s very rewarding working in care, these people are very vulnerable and it’s so fulfilling. You can tell you are doing a good job. You can see it in their faces or their behaviour, but when they tell you themselves it’s the best feeling.”

Octavia, Bridget’s employer put her forward for a Great British Care Award for the work she has done with Maureen and on the 16th November 2019, we are thrilled to say, Bridget won! Bridget will now go through to the National Finals in Birmingham on 20th March. Good luck Bridget! 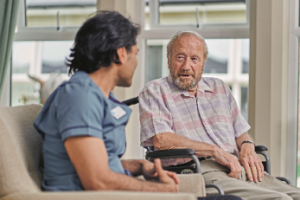 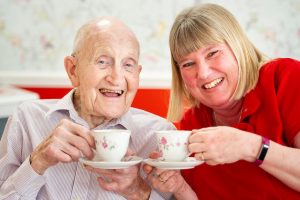